Considering that this large sedan has been around for a pretty long time, it’s no wonder that many reports are suggesting complete redesign for the near future. However, that won’t happen so soon and the 2020 Infiniti Q70 is about to carry on in the same way. Despite it still has a lot of great things to offer, this model also shows signs of aging, especially in terms of the interior design and tech features.

The last time we saw an update was several years ago, so it’s no wonder most rivals feel more up to date. Still, this car also has a few trumps, as we already mentioned. First of all, there are two quite powerful engine options, while the styling still looks pretty attractive. Also, handling is at a decent level as well. Considering that there are no bigger changes to come, we expect to see 2020 Infiniti Q70 on the market sometime late in the year.

When it comes to base design characteristics, this mid-size luxury sedan hasn’t changed too much since the initial launch in 2011. It still rides on a little bit outdated FM platform, which is the main reason why the Q70 lacks in some aspects compared to the competition. Considering the rivals, it’s no wonder that ride sometimes feels a little bit harsh, which isn’t something you would expect from an Infiniti model. On the other side, handling is pretty good, so you can even enjoy the ride if you prefer sportier performances.

In terms of aesthetics, the 2020 Infiniti Q70 will continue in the same. Despite the age, this sedan still looks pretty good, thanks to a mid-cycle refresh that happened several years ago. We definitely don’t expect to see any notable change in this aspect for the next year, though we shouldn’t exclude the possibility to see new color options and similar kinds of updates.

Once again, we don’t expect bigger changes. The cabin design will remain pretty much untouched in the 2020 Infiniti Q70, which isn’t necessarily a bad thing. One of the strongest points of this sedan is pretty generous interior space. There is plenty of legroom in both rows. Moreover, there is also a stretched version in the offer, so we are pretty sure that you won’t find many rivals that feature that much space on the inside. Also, the seats are pretty amazing. They are massive, soft and with excellent support, so there is really nothing to complain about this model when it comes to comfort.

On the other side, the sedan definitely shows its age when it comes to interior aesthetics. The dashboard design looks a little bit outdated and definitely isn’t attractive as younger rivals. Still, we have to say that the materials’ quality is great. The cabin is full of hi-end materials, while higher trims also come with wood accents and similar things.

The cargo area is pretty typical for the class, as you can count on about 15 cubic feet behind the rear seats.

Base models already come with a pretty long list of standard equipment. In terms of tech goodies, all models feature an 8-inch touchscreen, though the infotainment system isn’t really up-to-date. It doesn’t feature the best graphics you could imagine, and also misses essentials like Apple CarPlay and Android Auto. The rest of the standard features seems pretty good. You can count on dual-zone climate control, Bluetooth, satellite radio, navigation, 10-speaker Bose audio system etc.

When it comes to safety features, the list of standard equipment could be longer. Base models come standard with automatic headlights, rain-sensing windshield wipers, and a 360-degree parking camera. Fortunately, there is much more in higher trims, where you can get driver aids like adaptive cruise control, forward collision warning, automatic emergency braking, blind-spot monitoring, active lane keep assist etc.

After the recent discontinuation of the hybrid version, this sedan now comes with two gasoline engines in the offer. Base models feature a well-known 3.7-liter V6, which is tuned to around 330 horsepower for this occasion. Such amount of power seems more than enough for a convenient ride, but the real deal starts with the optional V8. It is a large 5.6-liter V8 unit, which for this occasion delivers around 420 horsepower. Both engines come with a 7-speed automatic transmission.

There are no bigger changes to come for the 2020 Infiniti Q70. So, the price should remain pretty much the same. The current model starts at around 50.000 dollars, while top-range versions could go up to 70.000 dollars, roughly. Also, we don’t expect any earlier arrival than usual. The new model should hit the market sometime late in the year, probably in December. 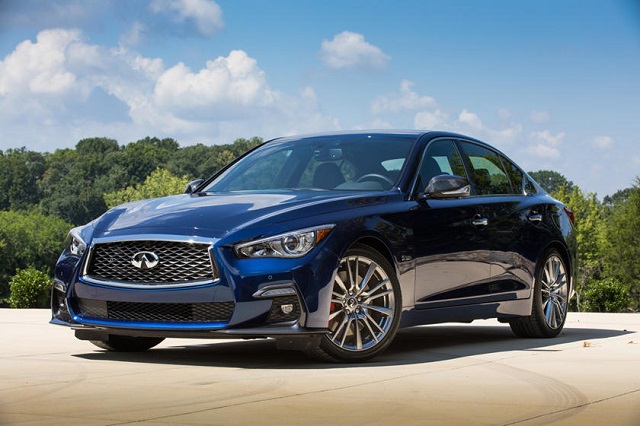 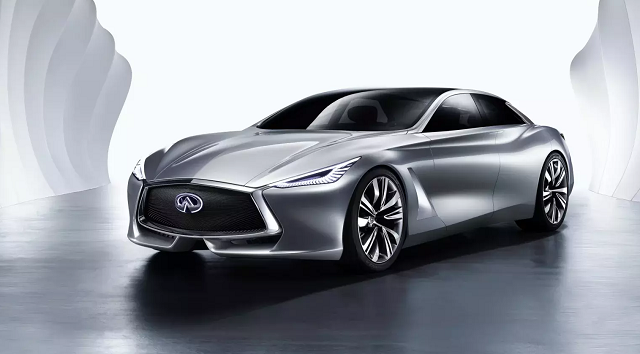 Infiniti Lineup – What to Expect in the Future