The premium segment is getting more and more competitive these days, so more frequent updates became a common thing. Therefore, it’s not strange that the 2020 Infiniti Q60 is expected to receive a mid-cycle update, despite the fact that the current generation has been around for less than three years. Those are the latest rumors about this compact coupe, which delivers plenty of luxury. For the upcoming update, we expect to see a fair amount of novelties. Of course, the focus will be on the styling, but we also expect to see some novelties in terms of mechanics, particularly in terms of the suspension setup. On the other side, the engine lineup should remain the same, at least when it comes to standard models.

However, the biggest novelty for the next year should be a new hi-performance version, which will come as the 2020 Infiniti Q60 Project Black S.

In terms of base design characteristics, we expect no bigger changes. This will be a typical mid-cycle update, so there’s no doubt that aesthetics will be in the focus. At this point, it is still early to talk about details, but we don’t expect to see some too big revisions. Simply, the current model is already one of the prettiest coupes in the class, so there are no reasons for radical changes. A couple of revisions at the front and back, along with new sets of wheels are pretty much everything we expect to see from the 2020 Infiniti Q60.

Also, some reports are suggesting a couple of mechanical changes. It’s no secret that steering definitely isn’t the strongest point of this coupe, so we count on some suspension tunings, which would make this beautiful car athletic as well.

When it comes to interior design, we don’t expect to see bigger changes. The current model already features a pretty stylish cabin, which features beautiful aesthetics, as well as hi-end materials’ quality. Additionally, the level of comfort is amazing. This coupe is spacious, while the front seats are some of the bests in the class. All these things clearly indicate that there isn’t too much room for improvements. Therefore, some smaller tweaks to the dashboard and new color schemes are the best we could see from the new model.

While the interior design definitely doesn’t need bigger changes, things are much different with standard features. Not that the list of standard equipment is short, but we definitely want to see some updates, particularly in terms of the infotainment system. The current dual-screen setup looks amazing, but the software lacks some of the modern features. A new one would make this car significantly better. Also, we should see a couple of additions to the list of standard equipment. Some of the potential candidates are things like navigation, a Wi-Fi hot spot, premium audio system etc.

As we already mentioned, standard models won’t come with changes under the hood. The base turbo-four engine has been discontinued recently, as six cylinders are the only options currently. There are two versions of the efficient 3.0-liter V6. The base version features a max output of around 300 horsepower, while the more powerful variant delivers pretty impressive 400 hp. In both cases, you can count on a pretty amazing 7-speed automatic transmission.

When it comes to fuel economy, you can count on about 20 mpg in the city and 27 mpg on the highway. These are pretty typical ratings for V6 engines. However, many rivals are also available with four-cylinder engines, which deliver higher mpg ratings for sure.

The 2020 Infiniti Q60 Project Black S will be the biggest novelty for the next year. This version has been presented a couple of years ago. It seemed like a production-ready prototype, but we are still waiting for the launch. A possible reason lays in the fact that the company wanted to make this model more cost-effective, considering that the concept version came with a significant performance upgrade.

Of course, the core of this version will be its powertrain. It will come with a hybrid setup, which combines familiar V6 engine with three electric motors. A max output goes all-away up to 563 horsepower, which seems pretty impressive, so there is no doubt that this version will be able to hit 60 in less 4 seconds, despite the fact that it weighs almost 4.000 pounds.

Of course, there are many more upgrades, starting from a track-tuned suspension, significant weight reduction and much more. A bunch of exclusive visual details is expected as well, both outside and inside the vehicle.

The exact date of launch is still a mystery, but we expect that the 2020 Infiniti Q60 will hit the market by the end of the year. Eventually, a new performance version could arrive a little bit later, sometime in early 2020. When it comes to the price, we don’t expect bigger deviations from the current model, which starts at around 41.000 dollars. Some of the key rivals are models like BMW 4 Series, Audi A5, Lexus RC, Alfa Romeo Giulia etc. 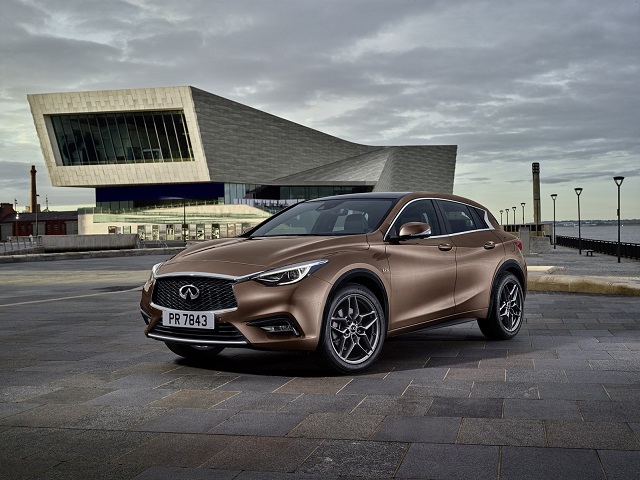